Statement on the Human Rights Violations at the U.S.-Mexico Border

Inside St Sophia’s Cathedral in Kyiv, there is a mosaic icon of the Mother of God with her arms held upward in prayer. She is the Oranta, the praying one. It is said that as long as she stands, the city will never fall. Because of this tradition, she is called the Immovable Wall. In prayer, the Oranta of Kyiv guards the city.

To thee, the Champion Leader, we thy flock dedicate a feast of victory and of thanksgiving, as ones rescued out of sufferings, O Theotokos. But as thou art one with might which is invincible, from all dangers that can be do thou deliver us, that we may cry to thee: Rejoice, thou bride unwedded.

Understandably, Ukrainians have come to interpret the Immovable Wall in the terms of national sovereignty. Even now, we are a people whose territory in Crimea and Donbas has been invaded in acts of Russian hybrid warfare. But that is just the most recent example. The covetousness of the nations over our black earth led to imperial occupations by the Austro-Hungarian Empire, Poland, the Russian Empire, Nazi Germany, and the Soviet Union. As victims of the Ukrainian genocide of 1932-1933 and the Soviet liquidation of our independent Churches in the twentieth century, we treasure the ability to protect our borders from colonizing conquest. The importance of borders hasn’t been more clear since thousands of Russian tanks crossed into Ukraine during the latest colonial bid at the land of our spiritual ancestors. The Russian colonizers took advantage of Ukraine's open borders to stage a literal invasion of Ukraine. But invasions such as this are rare, and are one-directional: the powerful empires assaulting the colonized weak.

But the Immovable Wall does not give carte blanche to acts of national security. When we sing that she is the champion leader of those in adversity, we affirm that she is on the side of the oppressed, the invaded, victims of colonization and genocide. In our icon of the Protection of the Mother of God, children flock under her omophor. By her, oppressors are repelled.

The situation in the Americas, especially at the United States-Mexico border, calls for discernment: whom is the Immovable Wall protecting? The latest acts of the Trump Administration are said to be for national security, first by removing the children of parents seeking entry into the United States with less-than-sufficient documentation, then by proposing that they be incarcerated together as family units. The nunprecedented policy, signed by Attorney General Jeff Sessions on April 6, 2018, is known as ‘zero tolerance,’ and poses migrants as threats to national security who must be deterred to avoid an immigrant ‘infestation.’ Asked for justification, the Attorney General and the White House Press Secretary offered ‘biblical’ rationale, citing the Holy Apostle Paul’s words to ‘submit to the civil authorities’ as they are ‘appointed by God.’

But is there really a national security threat from undocumented families, especially their children? Can the incarcerations of these migrants truly be justified? Can the civil authorities act with unchecked sovereign power because they are appointed by God, supposedly protected by the Immovable Wall?

In prayerful discernment, we answer no to the above. Fleeing from places that were for the most part first destabilized by American imperialism, the migrants at the United States’ borders are themselves the victims not only of oppression in a general sense, but also of invasion and colonization – mostly by the American nation-state. In 2016, the United States certified an election deemed corrupt by the Organization of American States. The U.S. has given tens of millions of dollars in military assistance to the Honduran government, which has killed dozens and intimidated hundreds of protesters, including Catholic missionaries. Similar cases exist in Guatemala, El Salvador, and Mexico. As it was for Ukrainians on the Euromaidan, Immovable Wall is with the people of Latin America, resplendent in manifest glory as Our Lady of Guadalupe, who appeared to the Nahuatl man Juan Diego, himself an indigenous subject of Spanish conquest.

In turn, the Latin American migrants’ experience of incarceration mirrors that of our own diaspora, as well as many other minority groups in North America. Like the Japanese in the United States and Canada during the Second World War and with the disproportionate incarceration of Black men in a regime that Michelle Alexander calls the ‘New Jim Crow,’ Ukrainians were rounded up into camps by the Canadian government because they interpreted the words of our Bishop Nykyta Budka as having us side with the Austro-Hungarians and thus framed us as enemy aliens. Ours is the Immovable Wall not because of our ethnicity, but because of the historic experience of political adversity that binds us in visceral solidarity with others who suffer, especially in this American land. 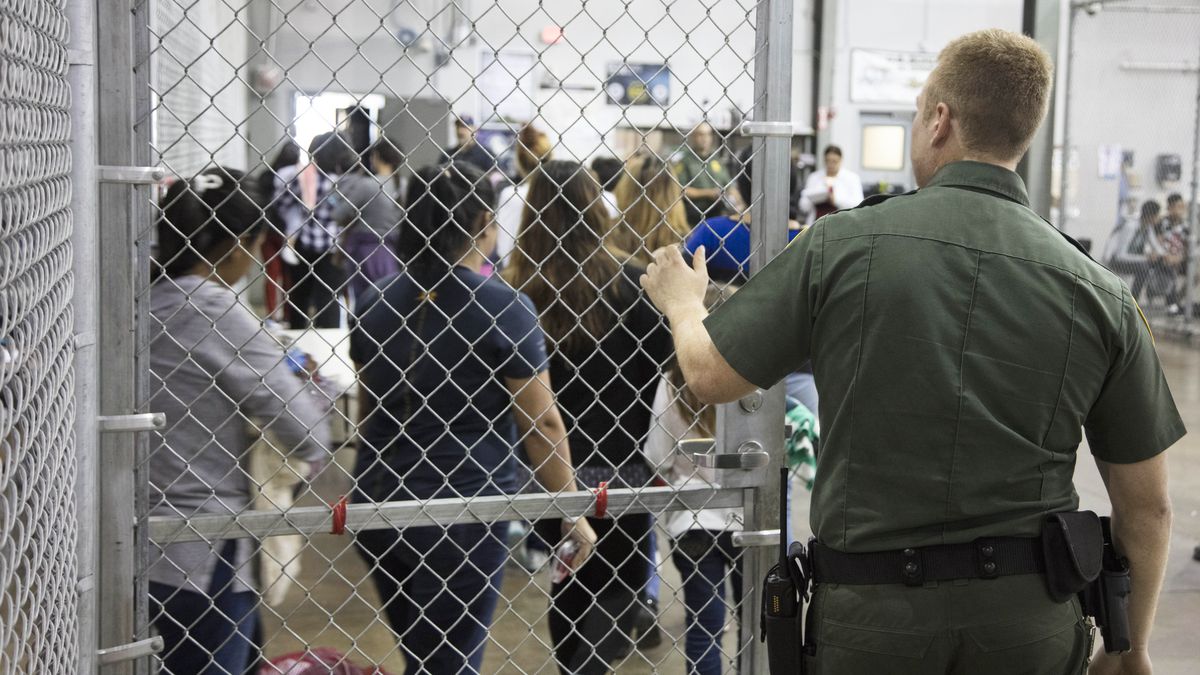 The church is called among such colonized peoples to offer a prophetic rebuke whenever we give into our colonial mentality of letting the sovereign power of oppressive regimes go unchecked. Indeed, in modern history, Ukrainians have sometimes sided with one oppressor against another. The Hieromartyr Omelyan Kovch warned against such political expediency, condemning the Nazis as equally brutal as the Soviets and protecting Jews from detention in the death camps. With courage, St. Omelyan paid with his life, dying in a camp among those that the Nazis had marked for extermination. So too, our Venerable Father among the Saints, Metropolitan Andrey Sheptytsky, forcefully condemned regimes of ideological colonization in Ukraine as agents of death.

In his 1942 pastoral decree Thou Shalt not Kill, Holy Metropolitan Andrey wrote, “we are hostile to the law of nature when we show hatred to our neighbors. Nothing more testifies to the degeneration of our national conscience. It is impossible to speak of such hatred without deep spiritual pain!” His successors, the Patriarchs Lubomyr and Sviatoslav, stood on the Euromaidan in the Revolution of Dignity, along with the hierarchs of the churches of Kyiv. There, they learned that Ukrainians cannot afford to play off the liberalism of the European Union and the United States over against the imperial ideology of the Russian World. Instead, we are to look to the Immovable Wall in prayer over us. 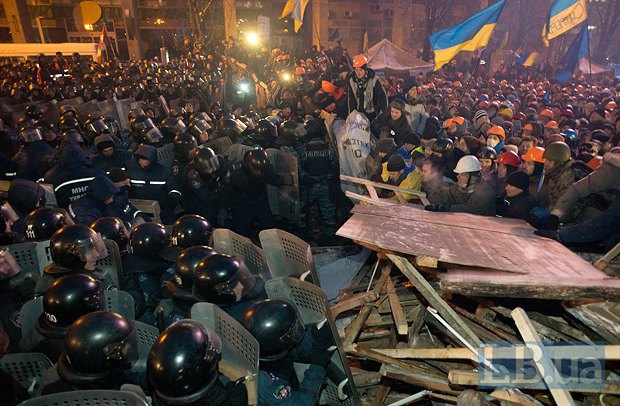 We ask the Ukrainian Greek-Catholic hierarchy to join their Roman Catholic colleagues who have vowed canonical penalties on those unsympathetic to family separation, our Greek Orthodox brethren who have called the policy "sinful," the leader of our sister Orthodox Church in America who called it antithetical to life, and so many more faith leaders.

In the Synod’s 2016 letter On Service to One’s Neighbor - Diakonia, Patriarch Sviatoslav writes “we do not have a right to grow accustomed to their sufferings, to become deaf to their cries, to ignore their misfortune. On the contrary, let our living faith find expression in an even greater solidarity with the victims of war, and may this solidarity take on a practical aspect, in response to the needs of concrete families or individuals, and according to the capabilities of the parish community." Indeed, in this moment of spiritual and moral crisis in the United States, let us reflect on Holy Metropolitan Andrey’s Prayer for God’s Wisdom:

Grant us the wisdom to exhort our neighbors [for moral good] without self aggrandizement. Let us write and speak without hypocrisy. Grant us the wisdom of action, consideration and vigilance, and let us knock down every impassable roadblock.

To you, the Champion Leader, we, your flock, dedicate a feast of victory and thanksgiving, as ones rescued out of sufferings, O Theotokos. But as you are one with might which is invincible, from all dangers that can be, you deliver us, that we may cry to you: Rejoice, o bride unwedded!

Catechism on Labor, Globalism, and Economics

Catechism on Government, Nation, and State